Official websites use .gov
A .gov website belongs to an official government organization in the United States.

Find the Latest Information on the Coronavirus/COVID-19 at FTA's Coronavirus landing page.

Federal law requires states with rail transit systems to obtain FTA certification of their SSO Programs by April 15, 2019. By federal law, the deadline cannot be waived or extended.

"FTA is pleased that Oregon has developed a safety oversight program that meets federal certification requirements and will strengthen rail transit safety in the state," said FTA Acting Administrator K. Jane Williams. "With this certification, transit agencies in Oregon can continue to receive federal funding."

The Oregon Department of Transportation is responsible for the providing safety oversight of the TriMet light rail and the Portland streetcar systems.

If a state fails to meet the deadline, FTA is prohibited by law from awarding any new federal transit funds to transit agencies within the state until certification is achieved. A certification status table by state is available online.

To achieve FTA certification, an SSO Program must meet several federal statutory requirements, including establishing an SSO agency that is financially and legally independent from the rail transit agencies it oversees. In addition, a state must ensure that its SSO agency adopts and enforces relevant federal and state safety laws, has investigatory authority, and has appropriate financial and human resources for the number, size and complexity of the rail transit systems within the state’s jurisdiction. Furthermore, SSO agency personnel responsible for performing safety oversight activities must be appropriately trained. 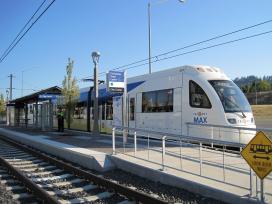